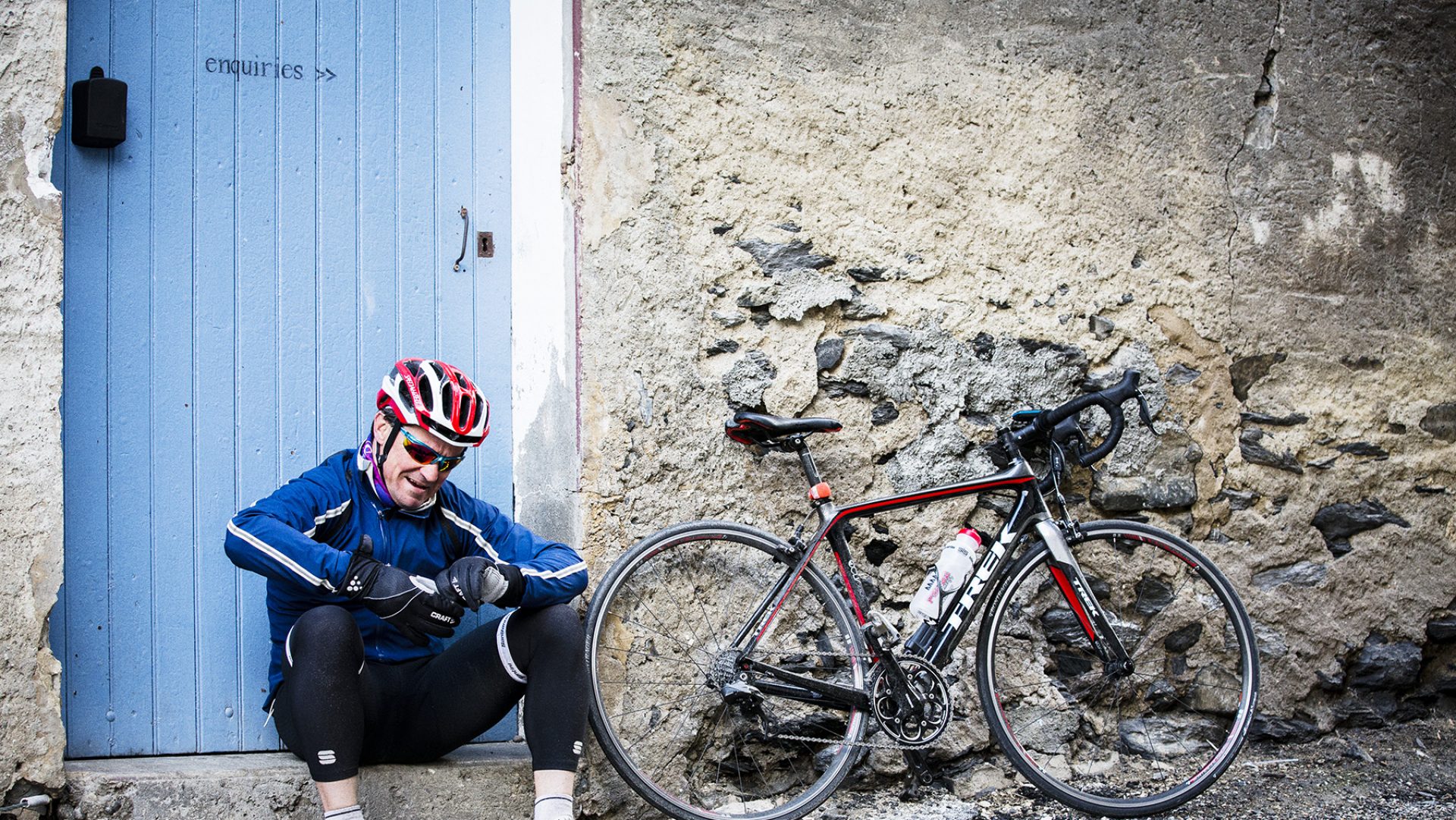 bourg d’oisans to bristol day 2, a set on Flickr.

It was raining when I started off this morning an hour later than planned due to it being the first day of spring.  The first 30km were pretty much all up hill peaking at 695m on the Col du Banchet. By the time I had reached the top it was snowing so I did not hang about for too long. Winter woollies were put on for the descent which was much to short compared to the ascent. By the afternoon the sun had come out but I was now heading into a cold northerly headwind – this stayed with me to the bitter end.

My Garmin GPS system has become my friend – after a few setting adjustments I finally understand what it is telling me. I trust it now,  it does a better job of knowing where I am than I ever will. I occasionally  talk to it now and it occasionally talks back at me with a high screech “you are going the wrong way” or a more subtle beep when I take the correct turn. Sometimes though the local council build a new round-a-bout or change a junction. This causes us both confusion.

No washing of bike in the shower tonight. I have learnt from last nights mistake so will be doing it just before setting off tomorrow.

Read all my Bourg d’Oisans to Bristol blog here

FromEUR1400
END_OF_DOCUMENT_TOKEN_TO_BE_REPLACED
Scroll Up
We use cookies on our website to give you the most relevant experience by remembering your preferences and repeat visits. By clicking “Accept All”, you consent to the use of ALL the cookies. However, you may visit "Cookie Settings" to provide a controlled consent.
Cookie SettingsAccept All
Manage consent