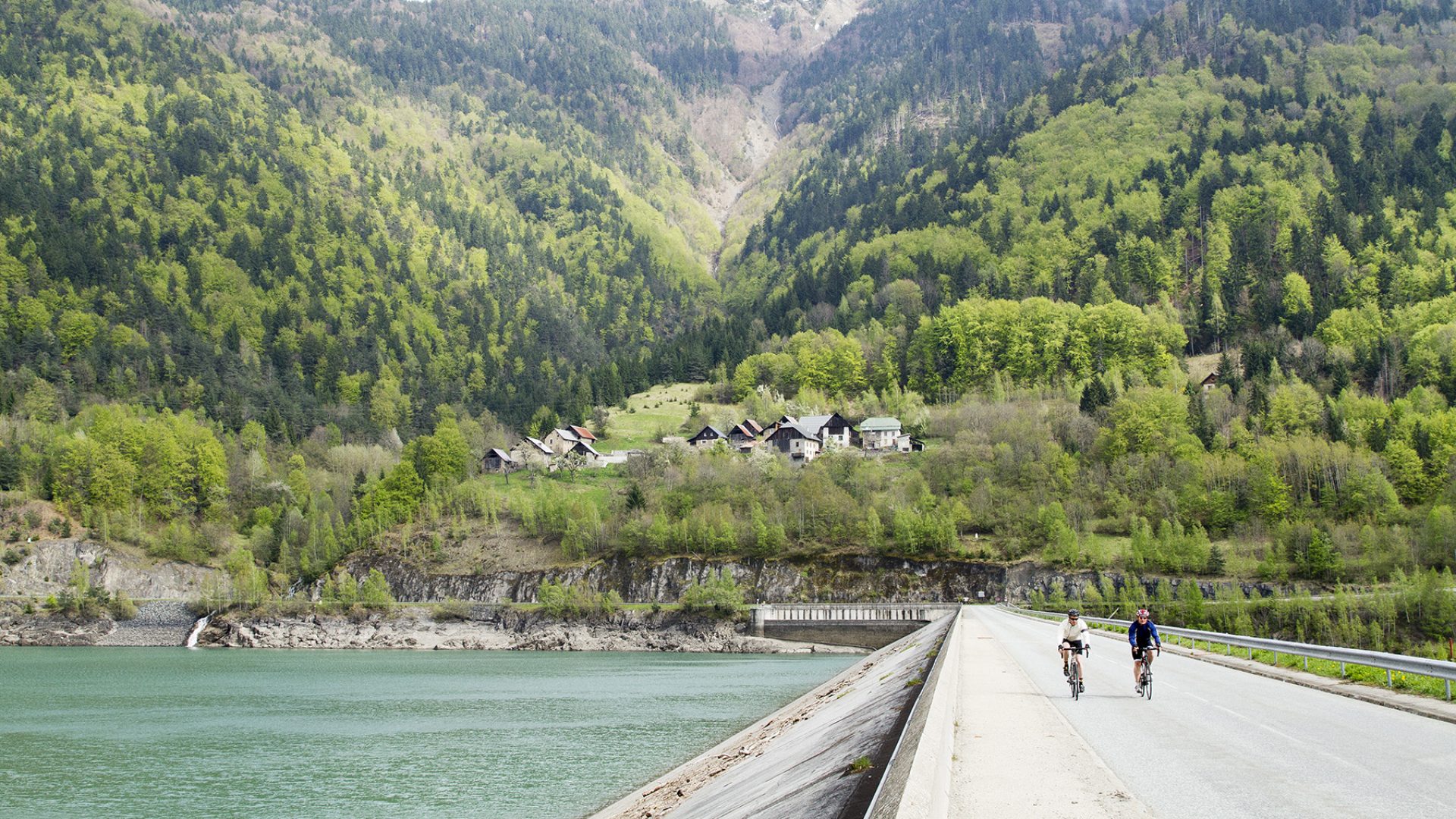 Its just a short journey by car to the start of this ride. I think you will like it and there will be a surprise at the end – and its fairly flat after yesterdays ride.

3 hours later we arrive at the start of the ride in the aptly named Northlands of the North Island in New Zealand. This was going to be an epic day out – still at least the ride is flat !

We parked at the bottom of the first hill (I thought it was going to be flat !) and set off. The first climb topped out after 3km at 350 metres above sea level

In the distance you could just make out the coastline and there was a stiff breeze making the going a little tougher. Up and down we went for a few more kilometres
before finally dropping down to the Waipoua River. Here Chris proceeded to talk to me about the ancient trees in the area, the Tan Mahuta.They were big but nothing
prepared me for the finale. After another 9 km climb topping out at 380 metres above sea level ( I thought it was going to be flat) we arrived at our destination.

Tucked down a small wooded board walk was a 2000 year old Tane Mahuta the oldest living tree in New Zealand and at over 51 metres tall and with a girth of just under 14 metres a true giant. It was a great ending to the ride all we had to do now was turn round and ride the (not very) flat road back the same way to the car.

It was getting a little late now so we stopped for my first New Zealand Chips and mighty fine they were to.

We finally arrived back in Auckland at about 10:30am and it was not until I loaded the ride on Strava that I realised how far north we had gone. The ride profile makes interesting reading as well.

Read all my New Zealand blogs

FromEUR1400
END_OF_DOCUMENT_TOKEN_TO_BE_REPLACED
Scroll Up
We use cookies on our website to give you the most relevant experience by remembering your preferences and repeat visits. By clicking “Accept All”, you consent to the use of ALL the cookies. However, you may visit "Cookie Settings" to provide a controlled consent.
Cookie SettingsAccept All
Manage consent